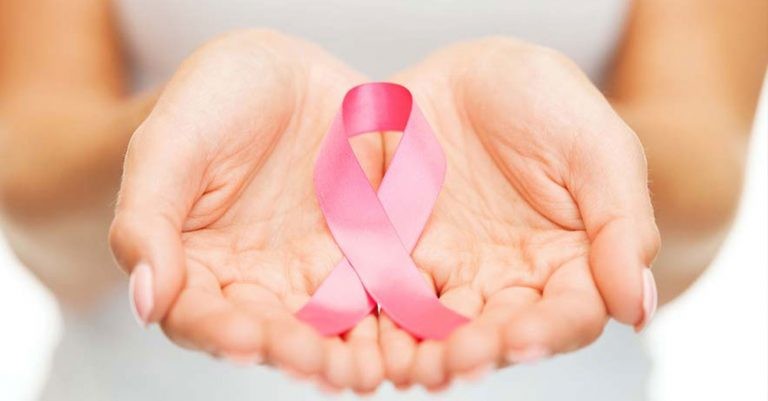 Cancer is a complex disease with many known causes. Cancer harms the body when altered cells divide uncontrollably to form masses of tissue called tumors (except in the case of leukemia, where cancer prohibits normal blood function by abnormal cell division in the bloodstream). Tumors can grow and interfere with the digestive, nervous, and circulatory systems, and they can release hormones that alter body function.

Once we have a situation where the immune system and your own cells’ internal machinery have failed to stop a cancer cell from existing, there are multiple theories regarding why that cancer cell stays alive and replicates. The three major theories regarding the initiation of cancer growth involve genetics (the genome), cell design / mechanics (the cytome), and metabolism (the metabolome). In reality they all occur to one degree or another and, if closely studied, can even affect one another.

Using mainly natural, nontoxic therapies, we support the patient through their current cancer therapy. For example, this could include multiple types of interventions aimed at many body systems:

What you need to know: Cancer is not a single disease, and it can have many different causes. That makes it virtually impossible for any one nutrient to protect against all types of cancer. In fact, studying whether single nutrients reduce the risk for cancer often is like looking for a magic bullet—more wishful thinking than good science. Nothing can absolutely guarantee that you’ll remain cancer-free. However, good nutrition and a healthful overall lifestyle—not smoking, not abusing alcohol, limiting exposure to pollutants, eliminating food additives and controlling stress—can lower your odds of developing cancer.

Malnutrition is a serious problem for people with cancer. For example, an observational study of almost 2,000 adults with cancer found that “91% had nutritional impairment, 9% were overtly malnourished, 43% were at risk for malnutrition, and 40% of patients were experiencing a loss of appetite.

The foods we eat can have an impact on the messages our cell DNA receives for cell division, good or bad. An article in the journal Cancer Treatment and Research notes, “Many natural dietary agents which consist of bioactive compounds have been shown to be effective in cancer prevention and treatment and these nutraceuticals often mediate favorable epigenetic changes.” It goes on to provide scientific documentation on better-known anticancer food, such as green tea and the phytochemical sulforaphane from cruciferous vegetables, and how they influence cancer prevention and treatment through epigenetics.

We use different diets with patients undergoing cancer treatment and prevention, depending on their individual needs. Common ones include the Mediterranean Diet, China Study Diet, Kaufmann Diet, Ketogenic Diet, and Vegetarian Diet. We also recommend Intermittent Fasting when appropriate.

No matter what diet you follow under the guidance of your health professionals, there are a number of essential elements that most cancer nutrition experts agree on:

There are several supplements that can used to assist patients with detoxification, reduce the side effects of chemotherapy and radiation, reduce inflammation, and optimize immunity. While no supplement should be viewed as a cure for cancer, they should be part of a comprehensive integrative plan for those with cancer or a history of cancer. Most supplements we recommend to patents have published human studies demonstrating their safety and effectiveness.

Read Dr. Stengler’s article on his Top 5 Anti-Cancer Foods and Supplements that may lower your long-term risk of getting cancer.

IV Nutrient Therapy is used to enhance immunity and support energy levels for those undergoing conventional cancer treatments. It is also a great therapy following conventional cancer therapy for regeneration and restoration of health. IV nutrients commonly include vitamin C, B vitamins, amino acids, glutathione, minerals, and other safe nutrients. As well, we use medical grade ozone therapy Major Auto-hemotherapy (MAH) in IV form as well as artesunate.

The benefit of an injected agent is that it bypasses the digestive system where a great deal of potency can be lost. By avoiding the digestive system, you can often deliver more of an agent to the blood and then the cells than using an oral route. For example, urinary concentrations from intravenous vitamin C have been shown to be 140-fold higher than maximum oral doses.

HDIVC is a very common therapy in integrative oncology. While lower doses of IV vitamin C are also used, HDIVC has particular potential benefits. HDIVC does have the ability to become a pro-drug (meaning it becomes or triggers another chemical to have a drug-like effect) for hydrogen peroxide and also provides a host of nutrient and chemical manipulations that weaken cancer cells while strengthening normal noncancerous cells. The pro-drug for hydrogen peroxide part of the mechanism cannot be effective with oral vitamin C because not enough will absorb. HDIVC also has potent anti-inflammatory effects. Like many chronic diseases, cancer is a disease of inflammation, which fuels abnormal cell division. Research at Riordan Clinic in Wichita, Kansas, has found that a series of IVC sessions can lower the blood inflammation marker CRP by approximately 75 percent. Preliminary evidence shows that IVC activates a gene that suppresses tumor formation. In addition, HDIVC has an anti-angiogenesis effect, as it gets into cancer cells and creates an inhospitable (aerobic) oxygenated environment.

A recent scientific paper shows the overall direction the data are pointing: “Clinical investigation of pharmacologic ascorbate should be considered as an addition to existing cancer treatments. Its mechanism of action as a pro-drug for H2O2 generation is distinct from most currently used agents. For this reason, there is potential for synergy, or at least an additive effect, in combination with other drugs. This strategy is similar to that used for treatment of many cancers, tuberculosis, serious bacterial infections, hepatitis, and HIV.

Emerging data indicate that there are additive effects of ascorbate with other neoplastic agents.” A review of available data in 2008 summarized multiple existing cancer therapies and their effect in combination with ascorbate and found that all the agents were either not affected or enhanced by ascorbate. This review had one exception, which was the drug bortezomib, but later clinical data showed that even this agent had synergistic effect with HDIVC.

In a 2012 multicenter study, 60 people newly diagnosed with cancer and receiving conventional cancer therapy were administered HDIVC twice weekly for four weeks. Significant relief was noted in quality of life scores, including fatigue, pain, insomnia, and constipation. And a study of 39 terminal cancer patients not undergoing chemotherapy and radiation therapy and given IV and oral vitamin C reported significantly lower scores of fatigue, pain, nausea/vomiting, and appetite loss. They also had higher scores for physical, emotional, and cognitive function.

Data presented between late 2011 and 2012 from Dr. Anderson’s NIH-funded research reveal only positive additive effects using HDIVC in combination with existing cancer treatments. A 2014 published review of the effects of intravenous vitamin C on cancer and quality of life noted: “Several recent studies have indicated that intravenous (IV) vitamin C alleviates a number of cancer- and chemotherapy related symptoms, such as fatigue, insomnia, loss of appetite, nausea, and pain. Improvements in physical, role, cognitive, emotional, and social functioning, as well as an improvement in overall health, were also observed.”

Ozone (O3) can be considered the “cousin” molecule to the oxygen (O2) we breathe in the air. It is naturally occurring in the environment and is relatively unstable, with the ability to easily donate a single oxygen molecule to reactions and become O2. Like H2O2, this reactivity provides a group of interesting benefits in the care of those with cancer. O3 has been shown in human studies in topical or rectal administration to greatly reduce the side effects from prostate cancer radiation therapy and has showed excellent safety in application.

Many studies have been completed to discover the multiple effects O3 may have on the biochemistry. One such study lists over 10 critical biochemical changes O3 can make in the human body that move the immune system toward a more robust, but balanced, output.

A study where O3 was given to cancer patients receiving radiation and chemotherapies showed that the addition of O3 to their treatment both enhanced the actions of the chemotherapy and lowered many common chemotherapy and radiation therapy–related side effects while improving quality of life.

A similar animal model of metastatic cancer showed the same results. In a study using data from outside human subjects (blood reactions in a petri dish) and inside humans (in vivo), it was found that medical ozone could be administered safely while modulating many critical immune messengers. The study concluded that “single ozone doses can be therapeutically used in selected human diseases without any toxicity or side effects” and lauded the potential for O3 therapy to improve medical care by improving the versatility and power of its biochemical and therapeutic effects.

Additional studies have shown the benefit of O3 therapy in radiation therapies with a combination of improved treatment outcome and lower side effects. The use of O3 is proposed to be augmented by other therapies, and in our experience works best in a well-rounded treatment approach.

BACK TO HEALTH CONCERNS

© Copyright 2019 by Stengler Vision, Inc. All Rights Reserved "All information contained on this website is intended for informational and educational purposes only, and is not intended or suited to be a replacement or substitute for professional medical treatment or for professional medical advice relative to a specific medical question or condition. Results vary from person to person and cannot be guaranteed."