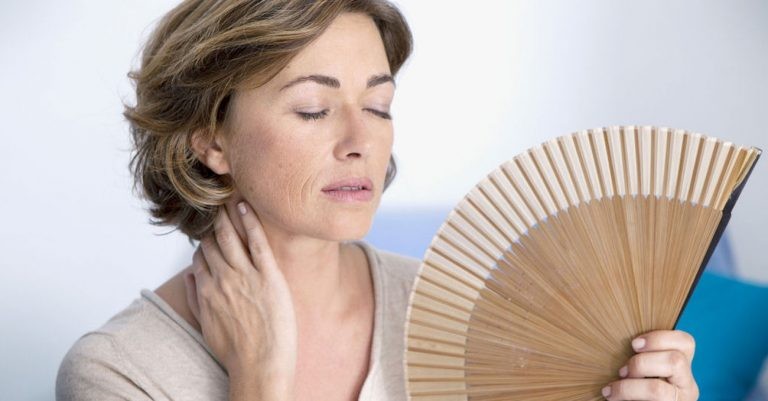 Menopause is a good example of Western medicine’s focus on disease rather than health and wellness. Many women instinctively know better and studies have proven there are extreme health risks with synthetic hormone replacement. To these wise women, menopause is a time of freedom from the menstrual cycle and the onset of wisdom and power. And it’s no coincidence that these women, who refuse to view themselves as “diseased,” experience far fewer (and sometimes none) of the problems usually associated with this change of life.

Since attitude plays a significant role in the physical response to menopause, it helps to understand the changes that are taking place. These changes can start several years before menopause proper actually sets in, with erratic periods or unusually heavy or light bleeding. This phase is called perimenopause or premenopause and provides an opportunity to prepare emotionally and physically for the larger transition to come. During premenopause the ovaries no longer ovulate on a regular basis. This is the basis for the cycle changes and the beginning of symptoms such as hot flashes.

Menopause itself usually begins in the mid-forties to early fifties. When the ovaries stop producing significant amounts of estrogen and progesterone, the menstrual cycle ceases; a woman who has had no periods for a year is said to be menopausal.

Women’s reactions to menopause vary widely. Some enjoy the change, while others suffer from problems like hot flashes, vaginal dryness, heart palpitations, and mood swings, often for years. But if a woman is healthy, active, and well nourished, her adrenal glands will usually respond to menopause by creating precursor hormones such as pregnenelone and DHEA that are then converted into estrogen, progesterone, and testosterone.

When menopause is brought about by hysterectomy or removal of the ovaries, natural hormonal replacement therapy may be necessary to counter the sudden depletion of estrogen, testosterone, and progesterone and resulting bone loss.

Dr. Stengler believes that every woman must be addressed individually. Optimally it is best to get a hormone test done to find out which hormone imbalances you may have. For women with mild to moderate symptoms of menopause, he generally recommends the use of diet, exercise, and nutritional supplements, especially herbal and homeopathic remedies. The beauty of this approach is that these natural supplements balance the hormones already present in the body. In addition, the use of natural progesterone appears to be very safe and effective when a stronger approach is needed. Likewise, precursor hormones such as pregnenelone and DHEA may be helpful.

For women with extreme symptoms that are unresponsive to nutritional supplements the use of natural hormone replacement may be required. This is particularly true of women who had their ovaries removed at an early age or for those with moderate to severe osteoporosis. Dr. Stengler is an expert in balancing hormones, including the use of bioidentical hormones. He is the co-author of Your Menopause, Your Menotype (Avery).

BACK TO HEALTH CONCERNS

© Copyright 2019 by Stengler Vision, Inc. All Rights Reserved "All information contained on this website is intended for informational and educational purposes only, and is not intended or suited to be a replacement or substitute for professional medical treatment or for professional medical advice relative to a specific medical question or condition. Results vary from person to person and cannot be guaranteed."